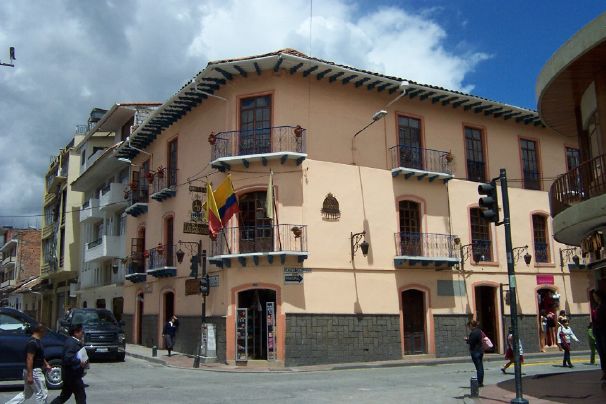 For many, the American Dream includes retiring to a warmer climate. But after a steep drop in the stock market in 2008, many older Americans were forced to rethink and postpone retirement plans.

Some retirees decided that the only affordable way to enjoy a high quality of life was to live abroad, and one place that has been attracting American baby boomers is Cuenca, Ecuador, in the Andes Mountains of South America.

Cuenca was one of the major outposts of the Inca Empire, and the Spanish Conquistadors arrived and established the city in 1557. Today, Cuenca is home to 350,000 people.

Part of Ecuador’s appeal as a tourist destination is that it adopted the U.S. dollar as its currency in 2000, and the country encourages retirees to relocate there by offering incentives to obtain residency.

Cuenca is popular because the weather is temperate year-round, the cost of living is low and the quality of life is excellent. More than 10,000 Americans have moved to Ecuador and of those, 3,000 have chosen Cuenca as their home. We had Cuenca on our list of international retirement destinations, so we made the journey to check it out.

We stayed at Hotel los Balcones in the heart of Cuenca’s colonial district. The hotel is in a beautifully restored 19th-century mansion with 11 well-appointed rooms, complete with original mahogany floors. Each morning we looked forward to the complimentary hearty Ecuadorian breakfast, accompanied by abundant tropical fruits and steaming cups of locally grown coffee. The breakfast room offers expansive views of Cuenca – elevation 8,400 feet – and the Andes.

Cuenca is a pedestrian city – you do not need a car to live well there – and trips to most points in central Cuenca via taxi cost no more than $2. The Mariscal Lamar International Airport is a 10-minute ride from the heart of the city.

A stroll will take you past beautiful churches, some dating from the 16th century. Plaza Calderon, at the heart of colonial Cuenca, stretches in front of the Cathedral of the Immaculate Conception. The plaza is a green oasis of fountains, manicured gardens and park benches. The plaza is an excellent venue for people-watching and for savoring a more relaxed pace of life.

An icon of Ecuadorian culture is the chola, women of Spanish and Amerindian origin. These ladies, dressed in distinctive colorful skirts and Panama hats, sell vegetables, flowers and handicrafts in the plazas of Cuenca.

The ruins of the Incan settlement are located nearby in the Pumapungo Archaeological Park, on the southern edge of Cuenca’s colonial district. Pumapungo, “door of the puma,” was constructed to rival Cuzco, the Incan city that was the gateway to Machu Picchu in neighboring Peru.

The influx of Americans has encouraged the expansion of the local real estate market. Fully furnished rental apartments can be found for $300 to $1,000 per month.

We were also impressed with the diversity, high quality and low cost of the restaurants. A wide range of cuisine is available – from American, Asian and Ecuadorian to French, German and Italian. One popular restaurant is El Tunel, where we had a tasty three-course lunch for $2.50 per person. Another favorite was Los Molinos del Batán, which offers grilled meats and Ecuadorian specialties. And for $5.50 per person, we had a delicious three-course meal at Oliveto, an upscale Italian restaurant.

Cuenca resembles Colorado Springs in that it is a gateway to outdoor adventure. El Cajas National Park, 18 miles from Cuenca, is a star attraction. The park in the Andes offers amazing mountain vistas, alpacas in the wild, hiking trails and outstanding trout fishing. Several local tour companies offer half-day and full-day trips to experience the wonders of El Cajas.

After traveling to Cuenca, we understand why Americans are flocking there and loving it. Cuenca is a beautiful colonial city, rich in culture, with friendly people. The Cuencanos, as the local people are called, are welcoming and warm. The next time we are drawn to the Andes, we will head to Cuenca, a jewel in South America.